1:43 The next day Jesus decided to go to Galilee. He found Philip and said to him, “Follow me.”

1:44 Now Philip was from Bethsaida, the city of Andrew and Peter.

1:45 Philip found Nathanael and said to him, “We have found him about whom Moses in the law and also the prophets wrote, Jesus son of Joseph from Nazareth.”

1:47 When Jesus saw Nathanael coming toward him, he said of him, “Here is truly an Israelite in whom there is no deceit!”

1:48 Nathanael asked him, “Where did you get to know me?” Jesus answered, “I saw you under the fig tree before Philip called you.”

1:49 Nathanael replied, “Rabbi, you are the Son of God! You are the King of Israel!”

1:50 Jesus answered, “Do you believe because I told you that I saw you under the fig tree? You will see greater things than these.”

1:51 And he said to him, “Very truly, I tell you, you will see heaven opened and the angels of God ascending and descending upon the Son of Man.” 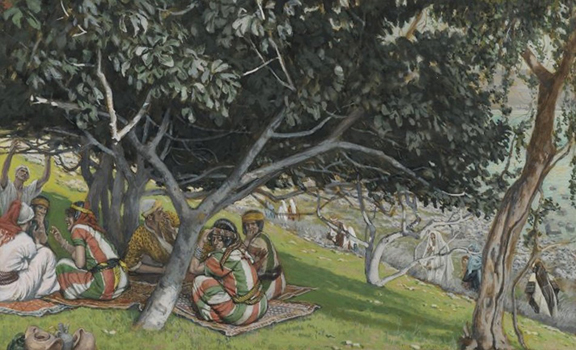