10:2 Some Pharisees came, and to test him they asked, “Is it lawful for a man to divorce his wife?”

10:4 They said, “Moses allowed a man to write a certificate of dismissal and to divorce her.”

10:5 But Jesus said to them, “Because of your hardness of heart he wrote this commandment for you.

10:6 But from the beginning of creation, ‘God made them male and female.’

10:7 ‘For this reason a man shall leave his father and mother and be joined to his wife,

10:8 and the two shall become one flesh.’ So they are no longer two, but one flesh.

10:9 Therefore what God has joined together, let no one separate.”

10:10 Then in the house the disciples asked him again about this matter.

10:11 He said to them, “Whoever divorces his wife and marries another commits adultery against her;

10:12 and if she divorces her husband and marries another, she commits adultery.”

10:13 People were bringing little children to him in order that he might touch them; and the disciples spoke sternly to them.

10:14 But when Jesus saw this, he was indignant and said to them, “Let the little children come to me; do not stop them; for it is to such as these that the kingdom of God belongs.

10:15 Truly I tell you, whoever does not receive the kingdom of God as a little child will never enter it.”

10:16 And he took them up in his arms, laid his hands on them, and blessed them. 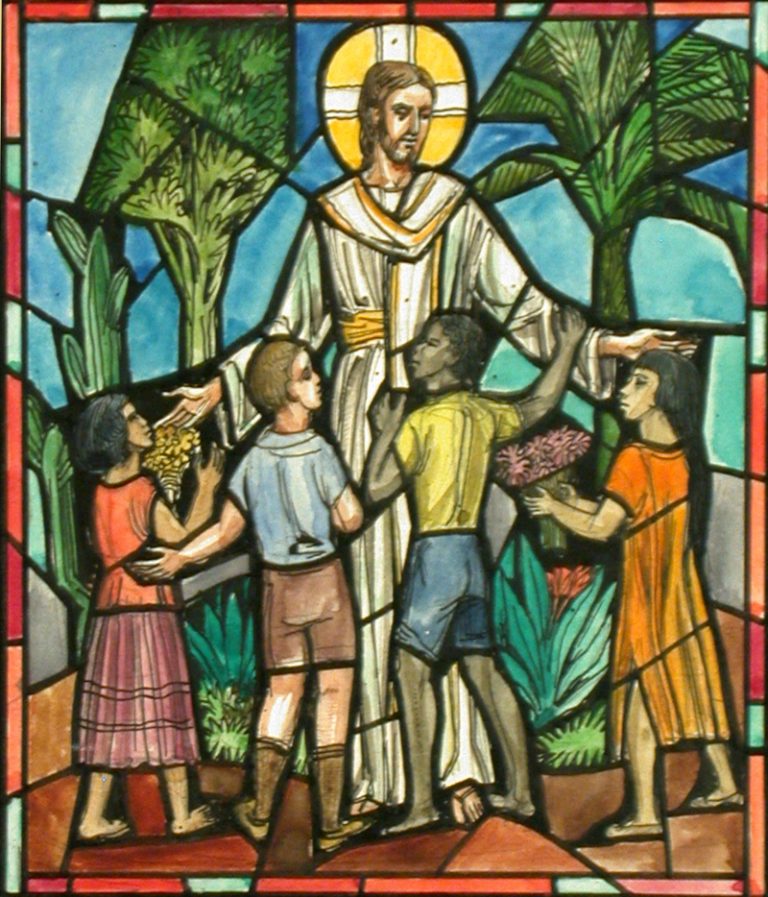